Poroshenko arrived in the U.S. on a working visit 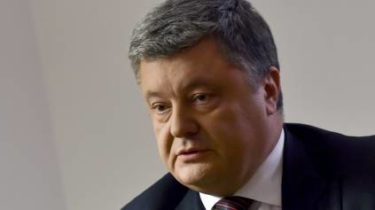 The President of Ukraine Petro Poroshenko arrived in the United States on a working visit.

The President’s plane landed at the air base, the U.S. air force Andrews near Washington, writes UKRINFORM.

The official program of the President’s visit were not disclosed.

But, as it was reported earlier, Poroshenko plans to meet with U.S. President Donald trump, Vice-President Mike Pence and representatives of the government and of Congress.

Poroshenko lay flowers at the monument to the Holodomor in Ukraine of 1932-33 in the centre of Washington, where he will also meet with representatives of the Ukrainian Diaspora and clergy.

Videoporoshenko will meet with the Ukrainian community in the United States