The court allowed Martynenko to travel outside of Kiev 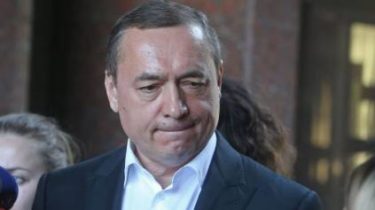 Solomensky district court of Kiev allowed eks-to the people’s Deputy Mykola Martynenko to move freely in Kiev and Kiev region. This decision was approved on June 19, according to “Nashi Groshi”.

Defenders of the policy have provided the court with three references to confirm the need to travel outside of the capital.

The first of them that his daughter has been riding in Gostomel and Martynenko accompanies her to class. The second says that the ex-Deputy Martynenko, the co-founder of LLC “Vortex”, which owns a house in the village Glebovka Vyshgorodskiy district, where his family lives. Also, the court gave a letter from the Deputy Chairman of the Central headquarters of the party “national front” Elena Ledovskikh, which calls Martynenko active member of the party, which often requires travel outside of Kiev.

Protection of the former people’s Deputy asked to cancel the prohibition of communication with other defendants and representatives of more than 20 companies involved in the case, however the request of lawyers Martynenko refused.

Recall, according to investigators, in 2013-2016 Martynenko, using official position, had any involvement in the creation of a criminal group that embezzled public funds. SE “Eastern mining and processing plant” signed a contract with the intermediary company controlled by the former MP, for the supply of uranium concentrate at inflated prices. In the NEB noted that as a result of this transaction the state was damaged by 17.28 million US dollars.

Nikolay Martynenko called the charges against him was fabricated at the direction of the Director of NABU Artem Sytnik.

April 22, Martynenko was released from custody on bail of 15 MPs and four Ministers.