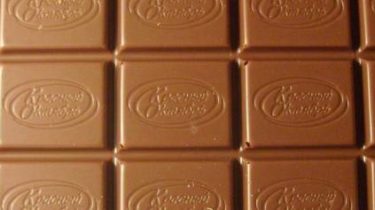 In Ukraine introduced antidumping measures against Russian chocolate for a period of five years.

It is reported Uriadovy courier.

All in chocolate. How to earn Roshen and other andfabric of the world’s top 100. Infographics

“During the study period (2013-2015) the dumped imports into Ukraine of certain types of chocolate and other finished food products with cocoa content originating from the Russian Federation were carried out at prices which were below the prices of domestic producers and prevented a significant increase in the prices of such goods”, – stated in the message.

On this Ukraine imposes anti-dumping duty against imports of goods from the Russian Federation in the amount 31,33 %.

Recall that three Ukrainian confectionery Corporation Roshen, Konti Group, AVK – entered in the annual world ranking of Top 100 Candy Companies in 2017, but dropped it in comparison with the previous year.