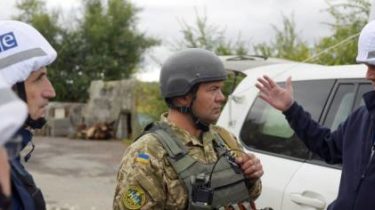 In “DNR” detained suspects in the attack on unarmed OSCE observers.

It is reported resource the fighters were GIVEN.

“As a result of the measures taken by the Ministry of defence and the Ministry of state security DNR” during carrying out quickly-search actions it was detained by armed men who attacked the 20th of June on a patrol of the OSCE”, – stated in the message.

It is reported that detainees give evidences. Donetsk militants disown accessories delayed until”uniformed DNR” or the military.

The Ukrainian foreign Ministry condemned the attack on the OSCE observers

The militants argue that pagad was a “planned provocation to discredit the leadership of the “Republic”, as well as to intimidate the staff of the OSCE mission”.

Recall that on 20 June, the OSCE reported that the militants “DNR” fired at the observer mission.