Fire on Khreshchatyk, the activists showed a project of 12 storey buildings on the site of a historic building 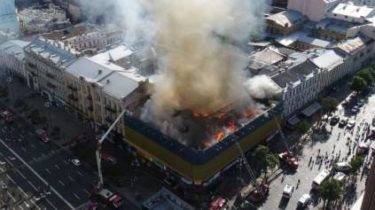 Official findings on the causes of the fire house on Khreshchatyk, 40 in Kiev promised to disclose within 10 days, while activists believe in the burning of houses, says TSN.12:00.

Activists believe that the way the instigators wanted to unlock construction of a shopping center in this place, where the public opposes a long time. This place has long been claimed by developers.

The activist, who since 2012 is interested in the fate of this building, Elena Tereshchenko TSN showed the building project, which was developed a few years ago.

The project provides an increase in height of 12 floors with 2 level underground Parking. Height reaches 55 meters is 11 meters above the Central Department store which is situated opposite. Plus crowned by the construction of a huge spire and the historic façade is not saved. This project will be implemented after fire, is unknown. This project is executed by order of AB “Investment and development”. 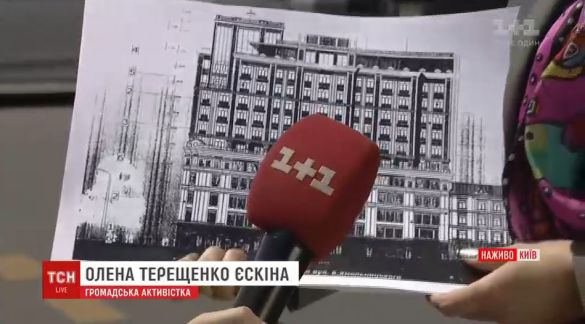 Memorable-protected status of the building was shot before, in addition to two floors. That’s why on the first floor opened a lot of cafes and shops.

About historical destiny and the value of the building, which caught fire the day before, read in a material: the House in which he lived, Vrubel and the fate of Ukraine