The action was organized by the people’s deputies Borislav Birch, Igor Hammer, Vitaliy kupriy and Vladimir Aryev. They want to draw attention to the problems of passenger and cargo transportation on the water, the ecological situation in the Dnieper and other developmental issues of the rivers in Ukraine. Tour to the “rocket” was in the Kherson, Zaporozhye, Dnieper, Cherkassy and other cities located on the Dnieper river. 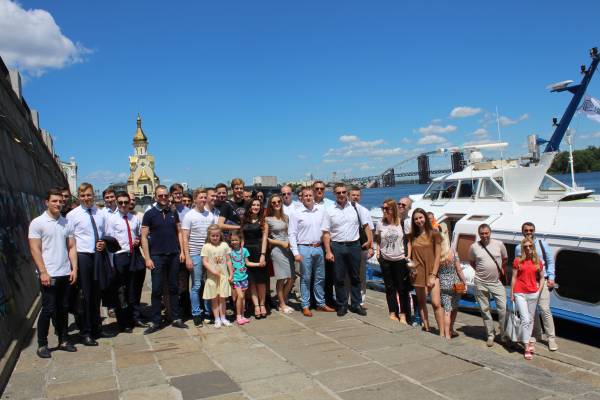 Earlier people’s Deputy Andrey Vadatursky, initiated the creation in the Verkhovna Rada interfractional Deputy Association “For the development of the rivers of Ukraine”, which included 44 of the Deputy-a mazhoritarshchik, the district of which overlook the main artery of the country.. To the work of the Association has also invited experts experts in tax, budget and transportation committees. The main goal of MDO is to create a bill that will ensure the development of river industries, shipping and shipbuilding, infrastructure and environmental problem solving.

“We have 9 shipyards, which are expected to operate and it is from 10 to 25 thousand jobs. And it’s products with huge value-added products technological innovation. Previously, the industry employed 250 people, one job gave further 5-6 new in related industries,” – said the people’s Deputy Andrey Vadatursky, commenting on the initiative to establish the MDO. 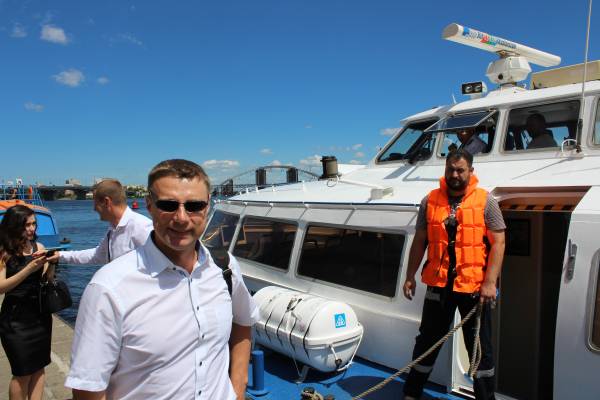 In addition, the situation with passenger transportations in the country is also critical. “Every year we lose tens of billions of hryvnias in income, hundreds of thousands of jobs in the sectors shipping, shipbuilding, port infrastructure and other related sectors”, – said the MP.

The initiative of the deputies also aims at creating conditions to upgrade river infrastructure. “The state has not conducted dredging, sluices are in poor condition, even dangerous areas in the Dnipro and Dniprodzerzhynsk reservoirs. The condition of the marinas and ports far from the world standards”, – said A. Vadatursky.

Deputies also intend to focus attention on the ecological status of rivers where the discharged chemical wastewater, nitrogen substances and the heavier metals. “Because this year is complicated by the sanitary-epidemiological situation, reduced fish catch and biodiversity. River in Ukraine actually “poisoned themselves”, indicators of fishing are the lowest in 60 years”, – said the Deputy.

The initiators of the Association are confident that such actions will attract attention to the problem of rivers not only ordinary citizens, but also of other MPs and members of the government and specialized bodies of the Central and local authorities.

MDO “For the development of the rivers of Ukraine” has started its legislative activity. In particular, June 16 was the 2475-3 draft law “On internal water transport”, which improves the administration of inland waterways, registration of vessels ensures a day and obtain permits 48 hours after application. Also on June 22 is planned for the presentation of draft laws on amending Tax and Customs codes to facilitate the development of shipbuilding and of restoring the competitiveness of inland waterway transport compared to the alternative. Also carried out further improvement of the legislation to ensure environmental security in the use of the rivers of Ukraine.