Scientists have learned which blood is most “like” mosquitoes 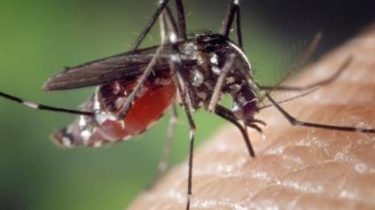 Normal mosquitoes can be called real gourmets. Researchers from all over the world interested in the preferences of the little bloodsuckers and spent a lot of observations.

The issue Snidanku from 1+1 to decide to learn more about it.

It turned out that the blood not everyone will have their tastes. Japanese scientists have shown that most mosquitoes are attracted by the taste of the 1st group of blood.

And in the Gambia researched that these insects are in awe of the blood of pregnant women. As it turned out, the bellies of expectant mothers by nearly 1 degree warmer than other parts of the body. This leads to increased perspiration, and this smell attracts mosquitoes.

Victims of insects often become beer lovers: only one drunk bottle of this beverage significantly increases the risk of attacks mosquitoes in their blood.

Interestingly, not disregard the mosquitoes and the smell of dirty feet. This drew the attention of the Dutch scientist Bart Knole. According to his observations, 75 percent of attempted bites accounted for by feet. But after Bart washed them with soap and water, mosquitoes lost his interest.

No less important is also the color of the clothes. According to American scientists, the dark colors provoke insects more than light.

Recall that Belgian scientists have invented a new biological weapon. Now you can kill mosquitoes with their own feelings of fear.