“Accepted with regret”. In the Kremlin told about the response to the extension of US sanctions 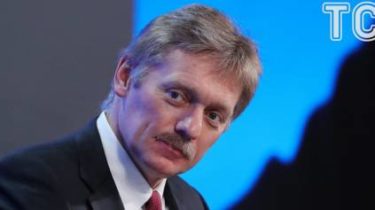 The Kremlin said that in response to extension of sanctions from the USA will prepare measures on the principle of reciprocity.

“As shown by the sanctions of all the previous few years was certainly the main principle of reaction to sanctions action is the principle of reciprocity, so it is understandable and clear. Sanctions have perceived with regret, regret to the fact that at the moment, a bet on this sanctions rhetoric, far from constructivism, and most importantly — far from the real demonstrations of political will to resolve the problems that we have around Ukraine”, – he said.

According to him, now at the expert level different answer choices “are formulated and proposed”.

The provision of weapons and sanctions against Russia: it became known what he was talking about Tillerson and Poroshenko

On specifying question, whether strongly voiced such an assurance from the U.S. President Donald trump, Poroshenko replied in the affirmative.

In addition, on 20 June , the United States imposed sanctions for a further 38 Russians and Russian organizations through vergenne of the Russian Federation in Ukraine. Thus, the number of organizations that fall under the sanctions, were the Russian private military company “Wagner” and by businessman Yevgeny Prigozhin, who is the chef of the government of the Russian Federation, in particular President of Russia Vladimir Putin. He is also the owner of several restaurants in Moscow.