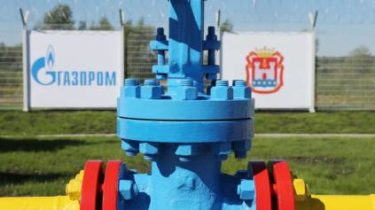 The Polish company GAZ-System informed about the termination of the supply to the gas pipeline system of the country for Russian gasdelivered in reverse from the “Yamal pipeline”. The reason for the refusal of gas injection into the company is named for its low quality.

The company explained that the restrictions will continue until the morning of 23 June, but if necessary can be prolonged.

In GAZ-System stressed that the measures taken will not affect the safe operation of the pipeline system.

Compressor station “Mallnow” in Frankfurt on the Oder near the German-Polish border is the extreme Western point of the transnational gas pipeline Yamal — Europe, which is pumped into Germany’s natural gas from Russia. The evening of 20 June, there was briefly a technical problem with the quality of gas fed into the system Yamal — Europe.

Ukraine wants to buy gas in the United States, but Turkey does not want to miss the LNG-tankers – KOBOLEV

We will remind that Russia declared that after the termination in 2019 of the contract with Ukraine is planning to minimize the volume of gas transit to Europe via Ukraine. This in turn would lead to the loss of profit “Naftogaz” and its subsidiary companies and the transmission system will simply be idle. Therefore, “Naftogaz” has two plan to get out of the situation and not remain in loss.