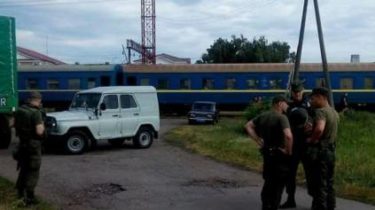 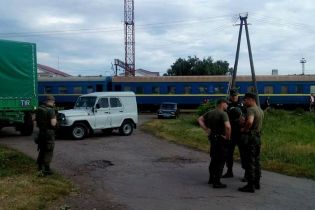 Activists are preparing to launch rail blockade of freight transport by Russia, if the government does not agree to their demands for the cessation of purchases of Russian coal and coal from ORDO, which is transported to Ukraine through the territory of the Russian Federation.

About this TSN.ia representatives of the blockade.

The present action is the second stage of the trade blockade of Donbass, which was begun in January-February 2017.

Among the requirements of the authorities that the blockade had put forward six months ago, was the release of the hostages and the cessation of trade with the occupied territories, in particular the procurement of anthracite coal in ORDO (certain districts of Donetsk and Lugansk regions).

In March, the Ukrainian government responded to the blockade of the security Council decision to stop freight traffic to the uncontrolled territory of Donbass. The corresponding decree was signed by President Petro Poroshenko. However, the second commander of the battalion “Donbass” Anatoly Vinogrodskiy, trade with the country-occupier – Russia – continued.

Videoke, a blockade of trade with ORDO

Also added Vinogrodskiy, the government did not fulfill the requirements for the release of prisoners of war.

“They say: blocked, blocked and nobody was websocial. We therefore once again explain: our goal is not to exchange prisoners of war, our task is to put pressure on those who organized the trade with the occupied territories. If we are able to arrange a trade with the invaders, so they can organise and exchange our prisoners of war. We insist: it is a matter of state. And we, as citizens of this country to demand the state to fulfill obligations to us,” said Vinogradskiy.

According to people’s Deputy Seeds Semenchenko, which supports the need to end trade with Russia, is now preparing for the second phase of the blockade, which was preceded by work with the Cabinet and the Verkhovna Rada.

“A month ago the Prime Minister had voiced the demand to stop the purchase of Russian coal. In the Parliament is a decree banning Kasalica. The Prime Minister says that should be banned, that is a crime. But the things are there,” – said Semenchenko.

Now blockade activists are mobilizing their forces, calling on supporters to join them. After the blockade will gather enough strength, they plan to physically block the railroad.

“We see that in violation of the interests of Ukraine is buying Russian coal, including coal from ODLO. The statement of the Prime Minister and the Minister of energy Affairs is not supported. Therefore, the blockade will sit on the rails. It is planned after develops coordinated small leather goods will be of sufficient strength to counteract the “titushky”, who are going on the ground. Including the illegal actions of the former “Berkut”, which is preparing for the Ministry of internal Affairs”, – said the MP Semenchenko.

Judging by the photos and video from the scene, law enforcement officers really pulled into the station Romodan to Poltava obalsti. According to activists, there is about a hundred national guard soldiers and 50 commandos of the former “Berkut”.

Local activist Laura Litvinova has published a video where you can see police officers who refuse to talk on camera.

Part of the blockade included representatives of the battalion “Donbass”, there are veterans of the ATO from Ivano-Frankivsk, which are APU also has a volunteer division of the OUN and volunteers. In Parliament, in addition to Semenchenko, the blockade also support Yegor Sobolev, Pavel Kostenko Taras Shepherd and Vladimir Parasyuk.