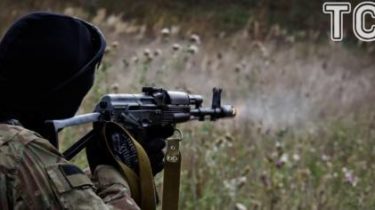 Since the beginning of fighting in Donbass about 500 Ukrainian military has killed himself after returning from the zone ATO. About this in his article “Strategy hybrid world” on “the Ukrainian truth” wrote the Minister of internal Affairs Arsen Avakov.

“According to the military Prosecutor’s office at the beginning of June 2017 registered about 500 cases of suicides of members of the antiterrorist operation after returning from the combat zone,” – said the Minister.

According to him, in Ukraine, the official status of participants of military operations have 280 thousand Ukrainians, which is about 0.7% of the population, including children and the elderly. According to Avakov, in such conditions, Ukraine should prepare a “strategy for a hybrid world”.

Soldier of the 51st brigade prior to his suicide at the hospital every day, asked to return it to the ATO area

“The universally recognized international standard for military conflicts, 90-95% of combatants subsequently have a medical (related to nervous system) and social problems, and about one-third of diagnosed PTSD, which is often suicide,” – said Avakov.