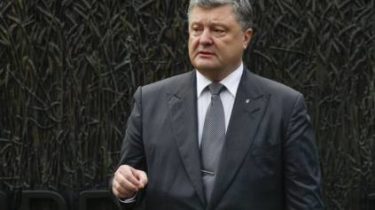 President of Ukraine Petro Poroshenko during his visit to the US said that on the territory of Ukraine is over 40 thousand Russian militants.

He declared it in interview to TV channel Fox News.

“Today we have more than three thousand Russian regular troops on Ukrainian territory plus the Russian fighters, all together more than 40 thousand,” – said Poroshenko.

According to him, increasing the number of tanks, artillery and other weapons in the occupied territory.

Recall that in the US administration headed by President Donald trump believe that Moscow plays the role of aggressor in the East of Ukraine, and expect that Russia will end the occupation and withdraw its troops from there.