SAP wants to take custody of all of defendants “scheme amber” 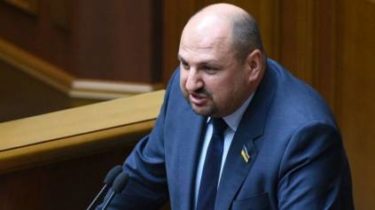 Specialized anti-corruption Prosecutor’s office will seek the detention of six suspects in the “amber case“.

This was announced by the Prosecutor SAP Vladimir Krivenko, reports Ukrainian Pravda.

“It’s detention with possibility of bail”, – he said.

In turn, people’s Deputy Borislav Rosenblatt, which appeared in the case, together with the people’s Deputy Maxim Polyakov, said that he would not go to the court to support his guards.

“I will not go to court. I physically can’t. But I will ask my fellow MPs to go to support. In recent days I guards did not say, there is no possibility,” said Rosenblatt.

We will remind, the Director of NABU Sytnyk June 20 during a briefing uncovered a scheme for the extraction of amber, to say nothing of the people’s Deputy from BPP Boryslav Rozenblat and the MP from the “people’s front” Maxim Polyakov. According to the head of the Bureau, referred to the scheme under the guise of reclamation of Zhytomyr region planned actual amber extraction and subsequent implementation through an offshore company where the founder was the sister of Rosenblatt.