The U.S. Congress will expedite consideration of the resolution on recognizing the Holodomor as genocide of Ukrainians – Poroshenko 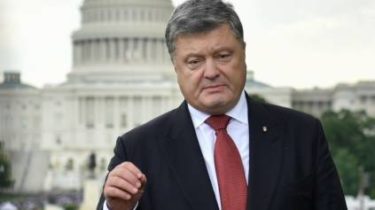 The Congress of the United States of America will accelerate consideration of the resolution on recognition of Holodomor 1932-1933 genocide against the Ukrainian people.

This was announced by the President Petro Poroshenko following the meeting with the speaker of the house of representatives Paul Ryan – says the website of the President.

“Just concluded a meeting with speaker of the house Paul Ryan, a leader of the Democrats in Congress, Mrs. Peles, congressmen, where we got another confirmation of bilateral support of Ukraine by the Senate and the Congress. Primarily the result of the meeting is that I raised the issue of the consideration in Congress of the resolution on recognizing the Holodomor as genocide of the Ukrainian people”, – said the head of state.

He reported that he had received assurances in expediting consideration of this important issue.

“We began our stay in the United States at a monument to victims of Genocide and received the full support of the congressmen who agreed to expedite consideration of the resolution,” – stated Petro Poroshenko.

At the end of the visit to the United States Poroshenko went to the military Andrews air force base, from where they will fly to Brussels.