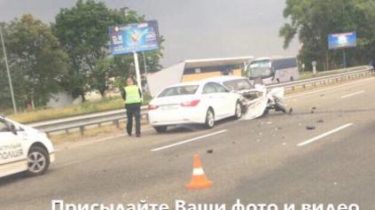 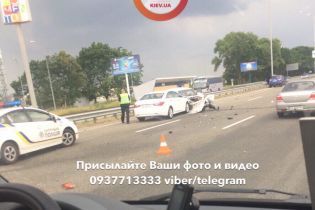 Currently, the details of the accident are unknown.

Fatal accident in Chernihiv: 9 teenagers in one car flew off the road

Recall, June 22, at about 22:00 in the center of Kharkov there was an accident, which injured three people and destroyed the entrance to the subway. The car accident was so powerful that the car knocked down a fence and flew into the design of the subway exit, while the second car lost a wheel.

The incident occurred in the evening near the metro station “Scientific”.

According to militiamen, the driver of the BMW 745 was driving on the Avenue of Science of the centre, when suddenly it crashed the SUV Mercedes ML.