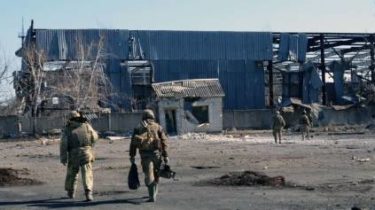 Until the end of the year in the occupied territories of Donetsk and Lugansk regions may escalate social and economic crisis.

This was told released from captivity of militants “LNB” Ukrainian, a former resistance fighter in the occupied Donbass Vladimir Pearls, writes UKRINFORM.

“Now there’s something brewing, economic and social explosion. I think that the winter when the cold will be there,” said Pearl.

According to him, quite a large number of state-owned mines there was flooded and many people lost livelihoods. “The mines began to close, mine began to drown, because no money to pay for electricity. They started pulling equipment from the mines that can be sold, everything else burns. First flush state-owned mines. People go on vacation,” said Pearl.

Recall that in Minsk the trilateral contact group supported the appeal of local councils about the beginning of the T. SV. bread truce– observance of the regime of silence at the time of harvest from June 24 to 2017 and beyond.

This was reported by press Secretary of Leonid Kuchma Daria olifer.