In the center of Kiev there was a fire 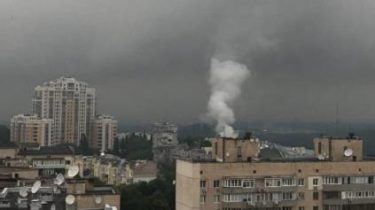 In the Pechersk district of Kiev, near the metro station “Arsenalnaya” the fire broke out.

According to preliminary data, broke accessory building or garage near the Kiev-Pechersk Lavra.

“Now there are rescue units. Accurate information was not yet given,” she said. As a result of a fire nobody has suffered, the causes and damage are established.

The cause of the fire in London that killed 79 people, was the refrigerator

We will remind, large-scale fire occurred on Khreschatyk street on June 20. The building, which erupted, located on the corner of Khreshchatyk and Bohdan Khmelnytsky, opposite the Central Department store. There are catering outlets and shops, and beside the Pechersk court. Rescuers extinguished the fire late in the evening. The fire burned construction materials, partitions and ceilings between the second and third floors and roof of the building. In addition, is the threat of partial destruction of the building. While extinguishing a fire the dead and injured were not.