“No time to say the father love him.” Son killed in Kyiv volunteer wrote a touching post 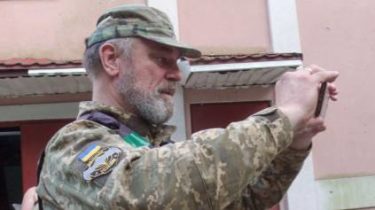 The son who was killed in Kiev the head of the Union migrants Sergey Oleynik Yaroslav has published on his page in the social network Facebook post about the loss of his father.

According to Yaroslav Oleynik, his father was killed by a knife in the heart while he played the piano.

“My father was a hero not only in war, when every day risked her life for the sake of our future. He was a hero to me and my mom my whole life, and we always knew it. Yesterday, he gave his life protecting me”, – stated in the message of the musician.

Video settings the centre of Kiev, a passer-by stabbed the Chairman of the Union of migrants in Ukraine who stood up for the son

The guy said that his father went to war as a volunteer in 2015 and considered it to be his duty.

“He survived a year of war, survived the stretch marks that are not noticed immediately and took off a few inches from his feet, he survived the shelling from mortars, artillery, grad. But he did not survive, when his son raised his hand,” wrote Jaroslav Olejnik.

The son of the slain men said that the father will forever remain his role model and he is an honest man he ever met.

“Love, not thinking, talking about it, please, because this moment could be our last. I didn’t have time father yesterday to say how much I love him, I missed,” he added.

Information about parting with Sergei Oleinik and his funeral, he promised to announce later.

June 22, yesterday at 20.30 on the Golden Gate in the center of Kiev was killed by a knife in the heart of my father, when I played the piano……

As previously reported, on June 22, in the evening near Golden gate capital murder occurred – the drunk man at first stuck to the musician. To protect the man became his father and asked the brawler to move away to talk. He struck the boy’s father with a knife, causing the man died. The victim was the head of the Union of migrants in Ukraine and volunteer ATO Sergey Oleynik. It was also established the identity of the killer – he’s not convicted 58-year-old from Kiev.