“That’s the Guzhva”. The reaction of social media on the arrest of the editor-in-chief “Strenia” 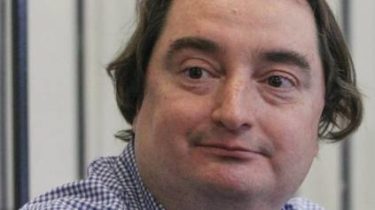 The evening of June 22, was detained the chief editor of “Stranja” Igor Guzhva on charges of receiving a bribe in 10 thousand dollars for the deployment of compromising materials on the current policy.

Meanwhile Dnia found out that wrote about the searches in the editorial office and detention Guzhva opinion leaders, and users in social networks.

Ukrainian journalist Pavel Kazarin responded to the event, describing the two wings of the Ukrainian media, one of which gets money from Russia or from the hands of the former entourage of Viktor Yanukovych and considers itself the opposition, justifying his activity by the fact that “all the same,” money does not smell, and just not taking responsibility for their work.

In turn, the journalist and public figure Dmitry korchinskiy joked about the detention of Guzhva.

Their attitude to the situation was expressed by the political analyst Sergei Taran.

In turn, the journalist Bogdan boutkevitch reacted in the social media message in which he reminded readers where Guzhva received money to Finance his publications, and also the fact that he was hunted down since his work in “news”.

“And now this information saboteur caught in a banal and old as world of greed,” wrote Butkevich.

The view was expressed by the journalist Vitaly Portnikov.

Many questions about the searches and detentions Guzhva asked the politician Viktor Baloha.

we can say that Igor Guzhva professes Pro-Russian views? Of course you can! In my opinion, he does not hide, as it…

But the MP from “Opposition bloc” Oleksandr Vilkul called in social networks to support Igor Guzhva and said he was ready to take him on bail.

Just found out that the detained chief editor of the site Strana.ua Igor Guzhva. Friends, I think all decent people who…

In addition, regarding the arrest of Guzhva joking and users of social networks, spreading a fun image, playing with the name of the chief editor “Strenia”.