The U.S. Congress is going to provide military assistance to Ukraine – media 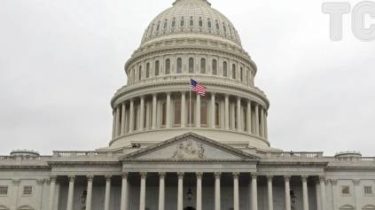 In the U.S. House of representatives intend to allocate military assistance to Ukraine.

In particular, the Committee on armed services of the house of representatives proposes to make several changes to the law on the allocation of funds in the defense sector with the aim Protestant threats from Russia and North Korea, reports The Hill.

It is noted that the Chairman of the Committee on armed services of the house of representatives Mac Thornberry said that the congressmen in the law on the powers of the national defence propose to increase the funding initiatives of the European policy of deterrence and reduce the allocation of funds for support of the foreign emergency operations.

The initiative of the European policy of containment was created to help the Armed forces of the European allies who are concerned about the aggression of the Russian Federation. This law will allow to allocate millions of dollars to Ukraine in the initiative to assist in the security field, which aims to help exercises and the supply of equipment to the Ukrainian military.

“The law will continue to include military assistance to Ukraine, as well as to encourage the administration (Donald trump – Ed.) to provide lethal assistance, with a view to the Ukrainians better protect themselves against aggression, which comes from the East,” commented Thornberry.

Recall, U.S. Secretary of state Rex Tillerson confirmed the U.S. readiness to promote settlement of the conflict in the Donbas. He said this during a meeting with Ukrainian President Petro Poroshenko in Washington, the press service of the presidential Administration. Also politicians discussed the liberation of the Ukrainian hostages, ways of providing defensive weapons to Ukraine, strengthening investment, economic and trade cooperation between the two countries, ways of institutionalizing bilateral cooperation in the sphere of security and the like.