The detention of Guzhva and murder in Kiev. Five things you might oversleep 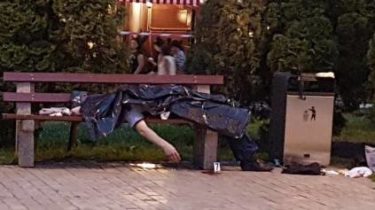 1. The evening of 22 June in the wording of the Ukrainian edition “Strenia” employees of security Service of Ukraine conducted a search. This was stated by the leaders of the publication. Deputy chief editor Svetlana Kryukova said that the news room took about 15-20 employees of the SBU. Read more→

2. Editor-in-chief the Internet-editions “Strenia” of the Igor Guzhva was detained for extortion of 10 thousand dollars. This was announced by Prosecutor General of Ukraine Yuriy Lutsenko. According to him, Guzhva demanded and received the money for the deployment of complementeach materials on current policy. Read more→

3. Editor-in-chief “Strenia” of the Igor Guzhva, who according to the Prosecutor General Yury Lutsenko,allegedly demanded and received 10 thousand dollars for the deployment of compromising materials on the current policy, was detained and about four in the morning were taken to the Main Department of MIA of Ukraine in Kiev. Read more→

4. 22 June in the capital of the Golden gate the murder occurred. As reported at the scene, the murder occurred after a conflict between the two men, aged about 60 years. Men loudly swearing on the benches outside the Museum, for which witnesses to the argument even called the police. The quarrel seems to have subsided, but then one of the men came to the second and inflicted two stab wounds to the stomach and chest. From injuries the victim died on the spot. Read more→