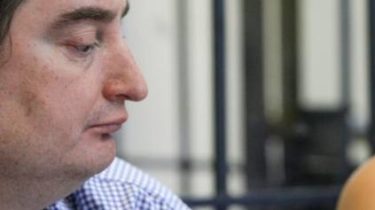 Chief editor of newspaper “Strenia” Igor Guzhva has already handed over the notice of suspicion.

This was stated by his lawyer Elena Lukash and published in Facebook video, which Guzhva comment on reports.

“Only that I was given to read the notice of suspicion in the main administration building of the National police of the city of Kiev,” said Guzhva.

It is further submitted that, the message “this is a complete falsification and lie.”

And again with you Igor Guzhva. Just introduced to palosai. This is complete nonsense and a lie. Amazing document – no….

Information on the presentation of the suspicion was confirmed by press Secretary of the Prosecutor General Larisa Sargan Facebook. “The detainee I. Guzhva handed suspicion of committing a crime under part 3 of article 189 of the criminal code (extortion),” later she said.

I. Guzhva detained the suspect handed