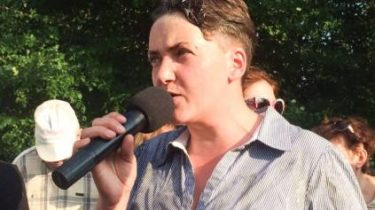 In Nikolaev nationalists threw eggs at people’s Deputy of Ukraine Nadezhda Savchenko during her meeting with the townspeople.

Sunday, June 25, Savchenko held a meeting with the townspeople in the square by Mykola Leontovych. Approached by representatives of the “Right sector”, “National corpus” and “Freedom” and began to accuse the Deputy that she works for the FSB and is in talks with the militants.

Nationalists began to throw the Deputy of the eggs, then started the brawl.

Prikhodko presented a poem on “recruit the cheap” Savchenko

We will remind, earlier Nadezhda Savchenko, excluded from IN “Batkivshchyna” for a mismatch of “principles and political beliefs, led the party “national Alliance of freedom and Ukrainian patriotism “Offensive”, which was renamed the “Civil platform of Hope Savchenko”.