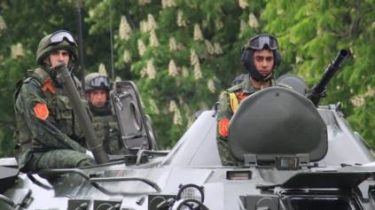 The militants “LNR” may resort to serious provocations to disrupt the truce and to discredit the Ukrainian Armed forces.

On Sunday the Ukrainian military neutralized a sabotage group composed of six militants. At SCCC I believe that this could be the beginning of the activation action of Lugansk fighters, which further can lead to significant aggravation of the situation in the ATO zone.

“Volomedia” in the Donbass: there are new victims and the risk that people will remain without drinking water

“The Ukrainian side of the JCCC also warns that NFP ORLO may resort to serious provocations and even terrorist acts in the settlements on Lugansk the direction directed against the peaceful population to compromise and allegations that the Armed forces of Ukraine in order to derail the truce declared on the harvest,” – said in the message.