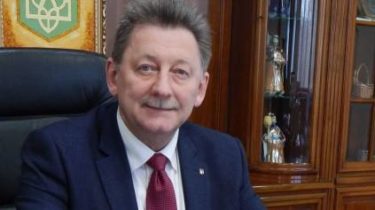 The foreign Ministry of Belarus called on June 26 Ukrainian Ambassador Igor Kizima because of his statements in the media regarding the teachings of the “Slavic brotherhood-2017”.

This was reported in the press service of the Belarusian foreign Ministry, BelTA reports.

It is noted that the Ambassador’s attention was focused on the fact that learning the “Slavic brotherhood-2017” was held in accordance with international law and commitments of Belarus in the OSCE. Thus, the invitation of military attaches, including Ukraine, these teachings were solely a gesture of goodwill from the Belarusian side.

“Belarus in full accordance with the initiative of our President about creating a “belt of good neighbourliness” has always shown respect to his Ukrainian neighbors military trust and openness. At our invitation, the military observers of Ukraine and other neighbouring States, observed for the active phases of all major military exercises – from the “Neman-2001” and “West-2013″. It is important to note that full compliance with our international obligations we could not invite foreign representatives”, – said the Belarusian foreign Ministry.

In turn, the foreign Ministry of Belarus noted that in the framework of the Vienna documents of this period Ukraine has never invited observers from Belarus to monitor major military activities, which took place on the territory of the country.

In addition, representatives of the office of the military attache of Belarus in Ukraine in 2013 were not invited to any national or multinational military exercises that took place in Ukraine. “The Belarusian side expects the continuation of a constructive dialogue in the sphere of defence and security in the region”, – said the press service.