In Kiev in the three districts will disconnect cold water 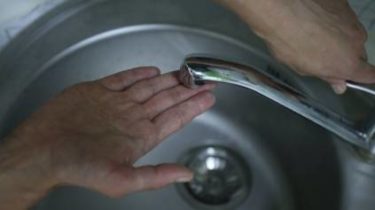 Residents of three districts of Kiev at the time of repair will shut off the cold water.

About it reported in a press-service of JSC “Kyivvodocanal.”

“Due to planned works on the networks will be temporarily limited the supply of a number of objects Sviatoshynsky, Dniprovskiy and Darnitskiy districts”, – stated in the message.

As noted, in particular, there is no water supply from 22:00 on June 26 until 06:00 on June 27-five houses, Svyatoshinsky district state administration and adjacent businesses due to repair and tie-in new valves on the Avenue of Victory, 118.

In addition, in connection with the repair work from 10:00 to 20:00 on 28 June will disappear cold water in 15 private homes on the corner of Novorossiyskaya street and Makarenko Dnieper region.

“From 10:00 to 21:00, June 29, will replace valves and three fire hydrants on the network segment on St. Petra Grigorenko, 36-38 Darnytskyi district”, – added in “Kyivvodocanal”, adding that without water there will be 6 houses and boiler room.

In turn, the residents of Obolon district announced Dnia that in recent days they have also periodically shut off the cold water.

Earlier, KSCA said, when the people of Kiev will get hot water. According to the Deputy Chairman of KSCA Peter Panteleev, the company “Kyivenergo” will be able to resume hot water supply of residents of the 5 districts of the capital after the inclusion of CHP-6 on June 27.