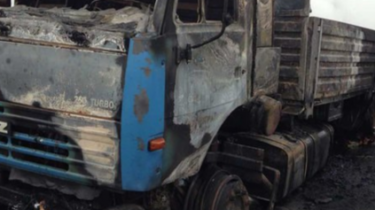 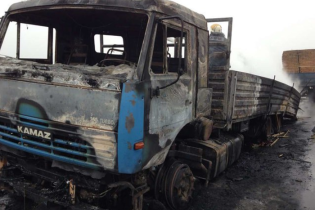 In the occupied part of the territory of the Luhansk region in the field hit a KAMAZ.

This was reported on the website of the so-called “MOE LC”.

“23 Jun, 16:46 during the field work in the village Borzhykivka made arrival on an anti-tank mine car KAMAZ belonging to the school of “Agrofirma” No. 112″, – stated in the message.

As noted, the vehicle hit an anti-tank mine TM-62.

The explosion of a truck driver, born in 1987, died of wounds in intensive care, another two workers of Agrofirm injured, now to their life threatens nothing.

“The Prosecutor’s office LNR” already assured that the blame for the tragedy of the Ukrainian DRG.

Meanwhile, local residents in social networks write that the person died because of “irresponsible “fighters” who mined all in a row, waiting for APU.”

We will remind, earlier near the occupied Horlivka, a mine blew up a truck with civilians. Just on the scene it was discovered six anti-tank mines.