“The Minister LNR” declared wanted for criminal actions against Ukraine 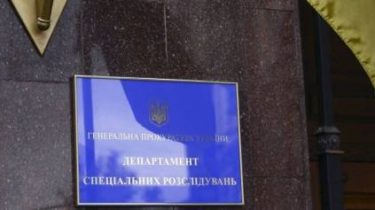 In the Luhansk region initiated pre-trial investigation in the case “acting Minister of fuel, energy and coal industry of the LC”.

Reports a press about it-service of Prosecutor’s office of Luhansk region.

By militiamen it was established that in 2016 the citizen of Ukraine was appointed “acting Minister” and currently organizes the work in the fuel and energy complex. By their actions, the offender creates energetic dangerous situation in the occupied territory of Ukraine.

The prosecution did not mention the name of the Minister, but the media of the militants indicate that Paul Malgin.

As reported on provokatory the suspect hiding on uncontrollable the Ukrainian power territories of the Luhansk region, he is wanted and began pre-judicial investigation.

The offender provided the sanction of part 1 article 258-3 of the criminal code of Ukraine in the form of imprisonment for the term from 8 till 15 years with confiscation of property or without it.

Recall, 8 June in the Luhansk region SBU detained militants “LNB”. According to the criminal, he from January 2017 was part of the formation of “Ghost”, which was on patrol under the control of terrorists settlements and guarded checkpoints.