Of Bank: independent auditor confirmed the low quality of the credit portfolio of “PrivatBank” 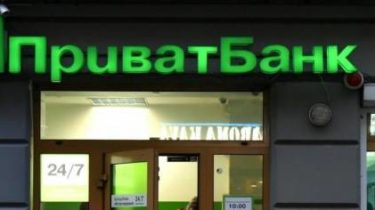 The independent auditor PJSC CB “PrivatBank” confirmed the low quality of the loan portfolio of the Bank.

According to the financial statements of enterprises as of 31 December 2016, confirmed by the auditors of EY in 2016 reserve for impairment of loans to legal entities increased by 155.9 billion.

Auditors identified the need for the additional reserve should be increased by another 10 billion UAH, which led to the negative value of the balance capital of PJSC CB “PrivatBank” 882 mln. as at the end of 2016.

The auditor confirmed the financial results and cash flows of the Bank for not being able to obtain sufficient audit evidence regarding the period in which there was impairment of loans and advances to customers.

“This finding suggests that financial problems in PJSC CB “PrivatBank” started long before 2016,” the statement reads on the NBU website.

The requirement of article 411 of the law of Ukraine “About system of guaranteeing deposits of individuals,” auditor EY performed analysis of requirements for Bank capital. The results of this analysis, it was determined that the Bank will need additional capital injection from the state, as a consequence of the actions of the previous owners and management.

Recall that according to the Memorandum with the IMF, to mid-September 2017 should be completed forensic audit (economic investigation operations), PJSC CB “PrivatBank” to determine whether there was wrongdoing or bad practice of banks in the period prior to its nationalization.

The head of “PrivatBank” has filed a letter of resignation

We will remind, “Privat” was nationalized by the end of December 2016. Now the Bank is 100% state-owned and subordinated to the Ministry of Finance. Meanwhile, the former owners are challenging the nationalization of “PrivatBank” in court. Lawyers say that one of the reasons of return of the enterprises in state property was declared by the national Bank the number of credits issued to certain persons, but the cause is still not confirmed.

23 June it became known about the decision of the government on the recapitalization of the Bank 38.5 billion UAH.