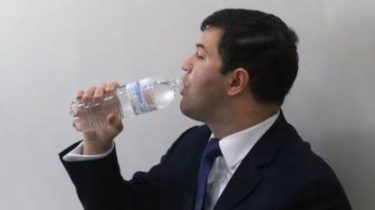 Solomensky district court of Kiev decided to consider the request for extension of duties on suspended the head of the SFS of the Roman Nasirov partially closed.

Such decision on Monday was accepted by the judge Taras Roman oksiuta, reports “Ukrainian truth”.

The meeting will be closed to the journalists during the speeches of the lawyers tiskalnika, which will contain information about medical confidentiality regarding a medical condition of the defendant.

“That will be explored in documents containing medical mystery of our client. Such information may be divulged only with the permission of our client, there is no such permission,” – said Nasirov’s lawyer Alexander Lysak.

The prosecution, in turn, opposed this decision.

“Lawyers can (diagnosis – Ed.) not to call. Under the terms of the nondisclosure of diagnosis, neither the defense nor the prosecution, we can continue the hearing. The decision is taken in the deliberation room, all the documents you can provide to the judge, where he will study them,” said Prosecutor Andrei Perov.

As previously reported, on 26 June, the court considers the application of Specialized anti-corruption Prosecutor’s office on the extension of a preventive measure suspended the head of the SFS.

The Solomensky district court of Kiev made the decision to extend the measure Novel Nasirova for 2 months. Protection Nasirov, in turn, asked to soften the constraints and to give him permission to move freely and travel abroad.

8 Jun Solomensky regional court of Kiev refused to pay to the budget a pledge of the ousted Chairman of DFS of the Roman Nasirov.