Ukraine will supply uranium to Russia the next three years 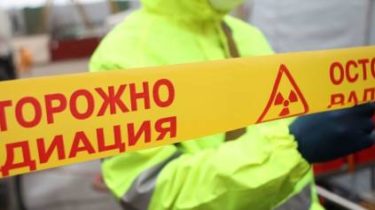 In the next three years , Ukraine will supply uranium to Russia for enrichment.

According to him, the contract can be signed by July-August this year. It does not increase the supply of uranium is 60 thousand SWU (a conventional measure of the cost of services on uranium enrichment) . The price will remain the same.

“Despite the fact that today we are trend drop-down prices in the markets, falling quotes, we are for Ukraine retained the terms of cooperation, Ukraine will receive our services at the same fixed prices,” – said Efremov.

Previously, the agreement was signed for a period of 10 years, however, the parties decided to sign only three years.

The main shareholder of the IUEC is “Rosatom”. The joint stock company established in 2007 in Angarsk electrolysis and chemical complex (part of “Rosatom”) to provide services for the enrichment of uranium to non-nuclear States. Enriched uranium is used for the manufacture of fuel assemblies (fuel rods) and the supply of nuclear fuel to the countries-shareholders.

We will remind, recently in Russia began to develop a major new uranium Deposit. Balance stocks of this Deposit make 4577 tons of uranium, and the first metal will get in 2018.