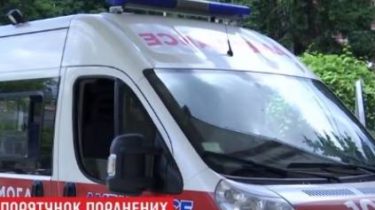 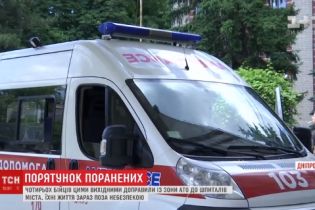 German military doctors and eighty-seven Ukrainian soldiers have cured. 14 ambulance cars under the terminal f of Boryspil airport. Terminal often does not work, but today it was opened for the wounded soldiers of the ATO. They fly to Germany for treatment, says TSN.16.45.

Most of the wounded are asked not to remove them. They are exhausted and confused. Has already undergone the first operation in Ukraine. At the border control of the Ukrainian doctors pass guys. They selected the fighters for the types of injuries – wounds of extremities complications.

“During the first operations, which were conducted in Ukraine, it was about saving lives. Now we will carry on the restoration of the limbs, for someone to need joint replacement or bone. There are soldiers with infected wounds. At our military hospital is very effective to treat it”, say German doctors.

Emergency call in flight strip one after the other. Children with special lift lift on Board a military medical aircraft. It is a complete flying hospital. It was the sixth time in Ukraine. Inside 5 dozen beds and 6 beds for intensive care.

For 2 and a half hours and the plane is already in Germany. German military hospitals taking wounded Ukrainian for the sixth time. The first delivery was in 2014, then brought euromilano. All 14 Ukrainian wounded, which today delivered in Germany, in Berlin waiting for five.

Videonarezka doctors once again took on the treatment of Ukrainian military

Here waiting for the representatives of the Bundeswehr and Ukrainian diplomats. Among them the wife of the Ambassador of Ukraine in Germany Svetlana Miller. The German doctor was accompanied by fighters.

“Everything went well. We were able to safely deliver all five patients that were destined for Berlin,” says the medic.

The first days Ukrainian soldiers will spend in quarantine mode. Doctors want to check the content of bacteria, to better prepare patients for surgery. Treatment in Berlin that may last up to a year.