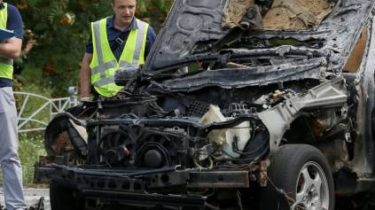 Blown up in a car in Kiev, the GU Ministry of intelligence, Ministry of defense, Colonel Maksim Shapoval provided evidence of armed aggression of Russia against Ukraine.

This is with reference to a source in law enforcement bodies writes LB.ua.

“The uniqueness of intelligence operations was used a means of documenting the Russian occupation forces, their movements, the availability of modern samples of electronic warfare systems and weapons,” – said the source publication.

According to the source, the documented facts could serve as an absolute proof of the aggression of Russia against Ukraine, especially in the application of the regular BTRG and advanced systems of destruction, which are produced only in Russia.

“It is thanks to him, Ukraine has substantiated its position in the Hague on the Russian involvement in armed aggression, and before that provided all such documented facts through diplomatic channels and through the channels of exchange of information with the intelligence agencies of the allies,” – said the law enforcement agencies.

In addition, the interlocutor of the edition noted that Shapoval directly involved not only in planning but also in carrying out reconnaissance and raids deep into the rear of the occupied territories, the number of such operations concerned the timely notification about the deployment of Russian artillery, including field artillery, which significantly reduced losses among the Ukrainian military and the civilian population.