The scandalous case of the Elder handed over to the court 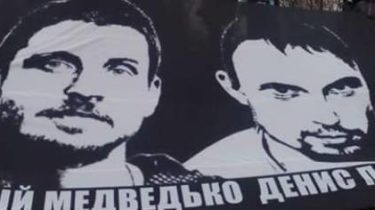 Today, the Kyiv Prosecutor’s office announced the completion of pre-trial investigation of the case about murder of an Elder.

This was announced by the attorney defendants in the case – Andrei Medvedko and Denis Polishchuk Sergey Voychenko in Facebook.

As you know, Oles the Elder was killed on 16 April 2015 in Kiev, in the courtyard of his apartment building. June 18, in the murder of an activist of the nationalist organization, a former soldier of the battalion of the interior Ministry “Kiev-2” and “Harpoon” Andrew Medvedko and a fighter against illegal construction Denis Polishchuk.

It immediately caused a resonance: in defense of the suspects were members of the public, the Ukrainian ultras clubs and a number of MPs, also joined the musicians and writers and poets, among them, in particular, the group “shadow of the Sun”, Andrei Sereda, Artem Polezhaka and others. They organized rallies and protest marches in the cities of Ukraine with a demand to release guys.

In 2016, the court softened the measure of restraint for Medvedko and Polishchuk from detention to house arrest. Subsequently, the court decided to release them with an electronic bracelet.

However, in July of the same year defendants in the case were beaten in the premises of the Prosecutor’s office, in which they came to testify about the beating during the arrest. As said the people’s Deputy Igor Lutsenko, representatives Korda helped forced to make a selection of DNA from Medvedko and Polishchuk, they refused to provide.

Videoactivity argue that the security forces beat suspects in the case of the Elder, trying to take DNA tests