In Australia, a passerby found a dead kangaroo with a bottle of alcohol in the legs 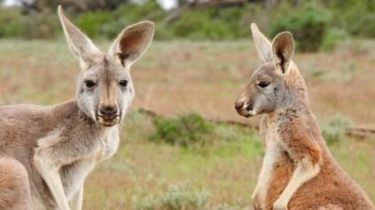 Along the Australian route found shot kenroku, who was dressed in a leopard print, tied to a chair and held a bottle of booze.

It is reported by Dailymail.

Killing an animal has caused a wave of indignation and mockery of a kangaroo considered a terrible and immoral behavior. Note that in Australia, the murder of representatives of the national wildlife is a serious offense with punishment of a fine of 3600 Australian dollars (28,000 US dollars) or 24 months imprisonment.

Network users amused video with a kangaroo, who was walking on the beach

We will remind that earlier in Australia condemned the two men for the fact that they brutally murdered a kangaroo.

They were convicted of animal cruelty.