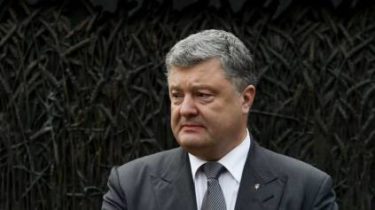 The President of Ukraine Petro Poroshenko on the occasion of the Constitution Day were awarded state awards of the people’s Deputy Alexander Gerega and the mayor of Chernihiv Vladislav Atroshenko, who voted for the dictatorial laws on January 16.

In a press-service of the President reported that the awards were given “for significant personal contribution to nation-building, socio-economic, scientific-technical, cultural-educational development of Ukraine, significant labor achievements and high professionalism”.

Earlier it was reported that the President Petro Poroshenko signed a decree on awarding state awards posthumously paramedic, a US citizen, who worked in the OSCE mission of Joseph stone and public activist, the youth team goalkeeper Kramatorsk “vanguard” Stepan Chubenko.