In Kiev because of the heat limit movement of trucks 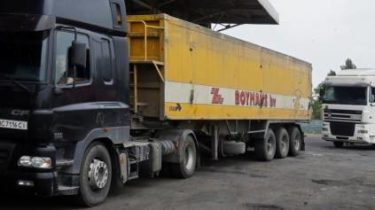 In Kiev has restricted the movement of heavy trucks in connection with the increase in air temperature.

“According to the Kyiv city Council (KCSA) from 07.07.2012 No. 1173 “About restriction of movement of supersize vehicles on the streets and roads of Kyiv in connection with the increase in temperature” during the period when air temperature reaches +28 º C, a limitation of traffic on the road network of Kyiv for heavy vehicles”, – stated in the message.

Separately noted that the patrol police will control the compliance by truck drivers, restrictions on the movement of capital.

We will remind, weather forecasters predict Thursday, June 29, scorching sun and to 33 degrees in the shade. The short rains will be in the Western regions.