In Kiev caught the defendant in the case of fugitive Kurchenko 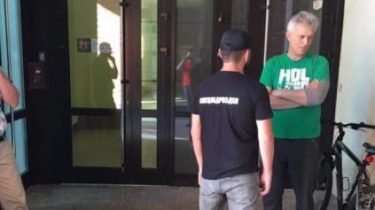 Today, June 29, in Kiev the staff of SBU and the police detained defendant in the case of the fugitive oligarch Sergei Kurchenko, who organized a scheme with millions of oborudka with oil.

“According to their designated role in a criminal organization, the detainee was picked up by the team on tankers acquired by Kurchenko” she said.

He coordinated the activity of LLC “Laguna-Reni”, the shipping agents and captains of tankers, aimed at a dummy transshipment of oil products through the port of Reni.

Earlier it was reported that Kurchenko the Prosecutor has made a written notice of suspicion in Commission of crimes in nine articles of the Criminal code of Ukraine. It is suspected that he has created and ensured the activities of a criminal organization, with the aim of committing grave and especially grave crimes, presided over this organization, as well as during January 2010 – February 2014 took part in the crimes carried out by the organization.