Lutsenko made a submission to Dobkin 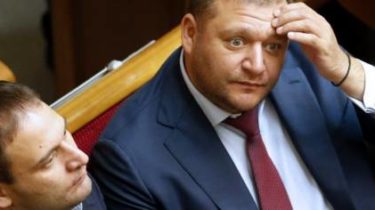 Prosecutor General Yury Lutsenko made a submission to the Verkhovna Rada on granting consent to criminal prosecution, detention and arrest of MP from Opalocka Mikhail Dobkin.

“Submitted to the Verkhovna Rada representation about consent on bringing to criminal responsibility, detention and arrest of MP M. Dobkin, the actions which seen signs of deliberate arrangement by group of persons for abuse of official position and the promotion of fraud in order to seize 78 hectares of land in Kharkov regulatory cost of more than 220 million UAH”, – wrote Lutsenko.