MPs are not allowed to declare expenses for travel and housing 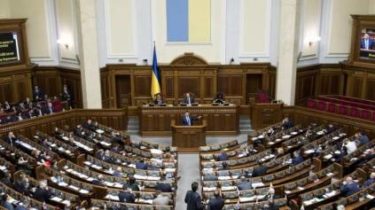 The national Agency for prevention of corruption enabled the deputies of the Verkhovna Rada not to declare the funds received as compensation of cost of travel, rental housing, and means associated with the performance of Deputy powers.

The decision was taken at a meeting of the Agency, transfer “Ukrainian news”.

According to the law “On status of people’s Deputy”, throughout the period of execution of Deputy powers of the Deputy receives a monthly funds to offset the cost of travel, rental housing, and means associated with the performance of Deputy powers.

Groisman told, will put Ukraine’s Declaration of income for all citizens

The list of MPs who have received money for rent, on a quarterly basis are published in the official newspaper of the Rada “Voice of Ukraine” and monthly – on the Parliament website.

The amount of funds associated with the implementation of parliamentary powers, is fixed, and therefore such information is known and cannot be hidden or inaccurate.

In this regard, with a view to declaring the above funds are not considered income and, accordingly, can be omitted in the Declaration.