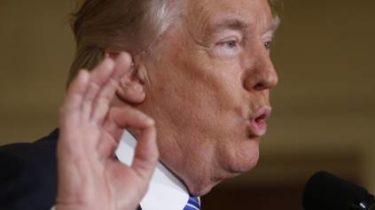 In the next few days the US President Donald trump will announce that the United States begin deliveries of coal in Ukraine.

Official statement trump should sound on Thursday, June 29. About it reports Bloomberg. The President will also talk about the revision of several standards in the energy sector of the USA, will pay attention to opportunities for creating new jobs.

We will remind, last week for a meeting with trump and several high-ranking officials in the United States flew the President of Ukraine Petro Poroshenko. After the talks, he announced the beginning of cooperation between the two countries in the energy sector. In particular, Ukraine plans to purchase in the United States at least 2 million tons of coal.