Castling: Poroshenko has replaced the heads of four of the WGA in the Kyiv region 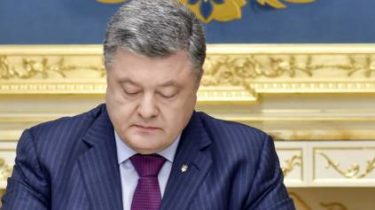 This is stated in the orders of the President, which are posted on the website of President of Ukraine.

Poroshenko appointed a new Ukraine’s Ambassador to the Netherlands

We will remind that earlier the head of state Petro Poroshenko appointed Igor Kizima, the Ambassador of Ukraine in Belarus.

We will remind, in may 2015, Poroshenko was dismissed from this post by Mikhail Yezhel, appointed by the President-the fugitive Victor Yanukovych.