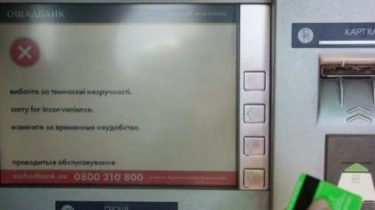 State savings Bank plans to resume work after the cyber attacks of all 3 500 branches in regular mode on 3 July.

This is stated in the press service of the Bank.

“July 3, all 3 500 branches of the Bank simultaneously will earn in a usual mode”, – stated in the message.

The Bank notes that today, June 30, the functionality of the services of the Bank after cyber attacks nearly restored in full.

We will remind, on June 27, Ukraine was carried out a hacking attack by a virus-the extortioner Petya.A. Only 64 of the country and 12.5 of thousands of infected computers: Microsoft confirmed the guilt M.E.Doc 12,5 infected thousands of computers. According to specialists, a hacker attack was carried out by using virus-extortionist, which is a new variant of Ransom:Win32/Petya, but at the same time sleeker than its predecessor. In Microsoft the cyber-police has determined the program through which Ukraine attacked the virus confirmed the guilt of software M.E.Doc used in accounting, which was created by a Ukrainian company.

In General, the virus was not as “evil” as WCry: then affected to 300 thousand computers in 150 countries, the attackers got over 100 thousand dollars, however in Ukraine this hacker attack was the largest in history.