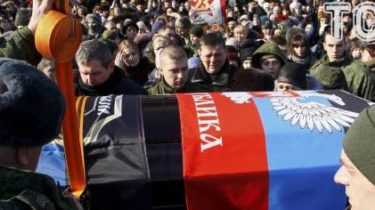 In the Donbass continue cases of death of the militants due to the negligence and incompetence of command.

“In 2 separate maestrelli team (Lugansk) 2 AK due to the long detention in the ranks of the personnel in conditions of heat, one soldier died”, – stated in the message.

Moreover, it is noted that one soldier was hit from overheating in the intensive care unit.

At the same time, another commander of one of divisions “11 separate motorized rifle regiment (Donetsk) 1 AK” ordered soldiers to clear the area of the field for the retrofit of the advanced positions.

As a result of blasting two militants died and four were seriously injured.

We will remind, earlier in Lugansk militants blew up a car with Russian major-FSB. The Russian officer took revenge for failure to provide paid services.