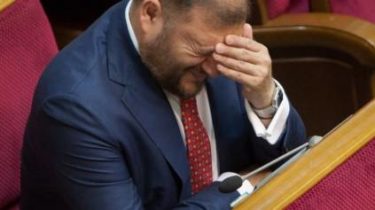 The submission of the Prosecutor General Yury Lutsenko regarding the consent to bringing to criminal responsibility, detention and arrest of MP from the opposition bloc Mikhail Dobkin, transferred to the profile Committee of the Verkhovna Rada.

This is with reference to the press-Secretary of Chairman of the Parliament Andrei Kovalev writes “Ukrainian truth”.

“This morning (June 30 – approx.ed.) in the Parliament received the submission of the Prosecutor General of the people’s Deputy Mikhail Dobkin”, – he said.

According to Kovalev, the Chairman of the Parliament Andrei Parubiy received and sent this submission to the regulatory Committee.

As noted, according to the law, Dobkin has 5 days to provide the Committee with its position. In turn, the regulatory Committee has 20 days to decide whether to submit the question to the vote of the Verkhovna Rada.