Events in Ukraine will always be a priority for NATO – Stoltenberg 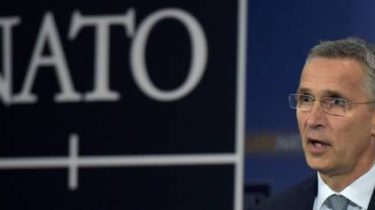 NATO Secretary General Jens Stoltenberg said about the importance of events that occur in Ukraine for the Alliance.

He said this during the meeting with the Minister of defence of Ukraine Stepan Poltorak in the headquarters of NATO on 30 June, reports Interfax-Ukraine.

“Everything that happens in Ukraine will always be at the top of the agenda of the Alliance, said.Stoltenberg.

The Secretary General recalled the continuing political support and cooperation with Ukraine and about the upcoming visit to the country of the North Atlantic Council in celebration of the 20th anniversary of the signing of the Charter on a distinctive partnership between Ukraine and NATO.

Recall that Ukraine will receive from NATO equipment cyber-security on more than 1 million euros. The leader of the trust Fund on cyber security is Romania, which has already purchased the necessary equipment. The delivery process will take several months.