Putin has extended sanctions against the European Union 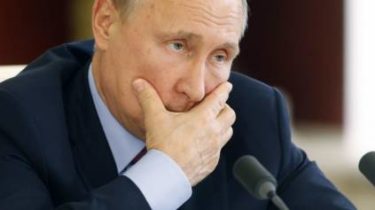 Russian President Vladimir Putin signed a decree extending the measures in response to anti-Russian sanctions the EU until 31 December 2018.

The decree was signed on 30 June and published on the official portal of legal information, Interfax reported.

In the U.S. Senate finalized a bill on new sanctions against Russia

In particular, Prime Minister Dmitry Medvedev on Thursday, June 29, announced that the government submits to the President a proposal on the extension of measures in response to the next extension of the EU sanctions.

“We will react adequately. Yesterday this was the question we discussed with the President. The government will propose to extend the action for another year, until 31 December 2018”, – said Medvedev.