Pedestrian Hem: what was the first day of the big experiment of the authorities of Kiev 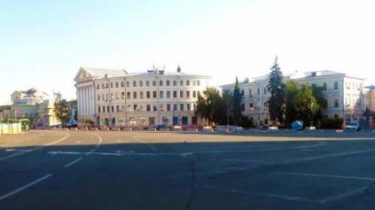 Part of the hem more than a month was taken over by the pedestrians. In the center of the drivers will now have to go down the street intercession, and Hem to back down the street Brats, said in the story TSN.19:30.

Without cars part Sagaydachnogo street and Kontraktova square will be until September 15. If the experiment recognized successful, this area will remain pedestrian in the future. The lack of a large number of people on the carriageway in the first day of the pedestrian zone in the district administration explained the ignorance of the people of Kiev on the initiative. Which raises many questions and concerns of drivers, because it is almost the major arteries of the hem.

Authorities plan to let the traffic flows on parallel streets – intercession and Fraternal, which became one-sided. Violators of Parking regulations promise a tough fight by the police. “We will hold a conversation. If people will not understand and leave the car – will be fine or evacuate the vehicles,” says one of the patrol.

Their routes change and public transport. Such changes in the movement of passengers don’t like it. “This morning was worse to come, and who knows when the bus will arrive. There was a scoreboard, it was obvious how much time, and now is not visible. Uncomfortable”, – complain the people. The same is done and the drivers of private vehicles. “Tube was always at the hem, and now there will be more. St. Andrew is closed, leaving only one via the promenade. Quay, the Harbor bridge is always. Will stand further,” they predict.