The gunman, who shot 16-year-old Chubenko, may be associated with the crash of MH17 is a journalist 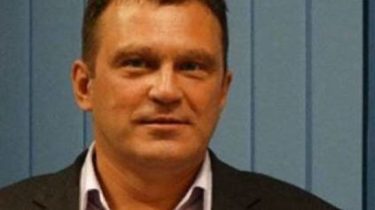 Ex-gang leader of the militants “Kerch” Vadim Pogodin, who is internationally wanted for the murder of 16-year-old Stepan Chubenko, may be associated with the crash of flight MH17.

This writes the journalist of “Novaya Gazeta” Paul Kanygin.

He notes that Pogodin belonged to a narrow circle of “pioneers of Donbass adventure”, including the rebels, Alexander Borodai, Igor Strelkov-Girkin, Sergey Dubinskiy (“Gloomy”), Igor Bezler (“BES”) and Alexander Khodakovsky.

“They know, in whose possession in July 2014 was hit by a Buk missile, which was shot down Malaysian “Boeing”. Each of the six of these characters must be known for certain about what happened in the sky over Torez on 17 July 2014. And of course, the results of any of them, Ukraine (under any pretext) may be present for the investigation of the case “Boeing”, – Kanygin writes.

According to the journalist, one of former fighters Sergey Dubinsky, nicknamed “Gloomy” active rest worried about the fate Pogodin. Dubinsky is considered to be responsible for transportation of “Beech” shot down Malaysian plane MN17.

The excitement of “Gloomy” emphasizes even one of the former leaders of “DNR” Alexander Boroday, when in an interview with Russian newspaper told of the fears of Dubinsky and other militants “to the case of “Kerch” was not a precedent”.

“What Boroday highlights the concern that is “Gloomy” — the most remarkable detail in his statement. Anxiety marred the defendant in the case MH17, expressed publicly, is seen as a reminder to myself: do you confirm there (in Moscow) immunity? Moscow confirms it for a few months prior to the presentation by the Netherlands of the final charges and the publication of the names of all involved in the tragedy. A sadist is not merely avoiding extradition, but is free. The trial will not, as it turns out, neither in Russia, nor even in “DNR”, – says Pavel Kanygin.