Wounded Ukrainian military and revitalization of the militants. Digest ATO 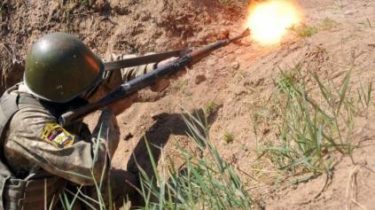 Day in the ATO noted the intensification of the militants actually along all the demarcation line From midnight and up to 18 hours fighters 10 times opened fire on Ukrainian positions.

Around midnight, mortars caliber 82 mm, the criminals struck at the reference point of the Ukrainian military in Crimea, what in the direction of Lugansk. And about an hour a night on the Donetsk direction militants fired from APCS, heavy machine guns, small arms of Ukrainian fortifications in the village of the Luhansk. As a result of attack one serviceman of the ATO forces were injured.

On the Mariupol direction the enemy’s provocations recorded near Novotroitsk and Water.